Worried over the soaring crime graph, the cops have appealed to landlords, especially in newly-developed areas, to opt for tenant verification before renting out their premises. The cops are also distributing a form asking landlords to fill up details of tenants, including permanent address, occupation, personal details, mobile number etc. The completed for would be sent to district/state police concerned for verification.

The step has been initiated following recent arrests of a few criminals, who were later found to be staying in rented accommodations on outskirts or posh areas of the city. 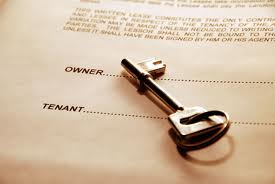 Every police station has been asked to maintain a register compiling area-wise details and make landlords realize importance of the campaign.

However, despite efforts only 7 to 10% landlords have opted for tenant verification drive. Most of the landlords are not keen on the drive as they are wary of disclosing the rent being charged by them fearing reprisals.

Two years back, the cops had nabbed 37 criminals in raids at lodges, inns and other rented accommodations. During the drive, cops had also checked individual rooms of paying guests and searched personal belongings of guests.

Cops said, “As more and more people and young professionals are moving into the city as tenants, it is imperative for landlords to maintain proper documentation of their tenants.”

“Over the year or so, few of the crimes committed in the city were traced to tenants living in city’s posh areas and on the outskirts. Most of the gangs operating in the city usually hire rented accommodation to operate their activities. They offer handsome amount as rent for accommodation,” said senior officials.

SSP Deepak Kumar said that tenant verification should be done on priority basis as it not only helps the landlords but also indirectly assists police in verifying credentials of the tenants. He added that the drive aimed at providing adequate security cover to people. Besides, credentials of domestic helps, especially maids, should also be checked, Kumar stressed.

In certain cases, landlords too were found to be hand-in-gloves with tenants involved in criminal activities. In a high profile kidnapping case worked out last year, a landlord was found involved in the plot along with his tenants who carried out the kidnapping.

However, such campaign would instill a sense of security among landlords once activities of tenants are constantly watched.