Is your tenant a criminal?

Landlords, whether residential or commercial, almost always include in their leases three requirements dealing with legal compliance. First, the lease limits the premises to specific legal use(s) or expressly allows any legal use of the premises. Second, the lease requires the tenant to comply with all legal requirements applicable to the premises and its operations. 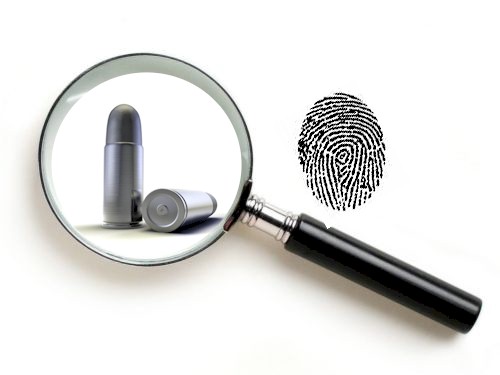 Third, the lease gives the landlord the right to inspect the premises to verify that these first two requirements are being satisfied.

Today, these provisions are more important than ever for landlords, because of the prevalence of illegal drug operations and particularly marijuana operations resulting from at least partial legalization in both Oregon and Washington. The government has the right to forfeit not only the tenant’s interest in the premises but also the landlord’s interest if the landlord cannot prove it is innocent of a convicted tenant’s criminal use of the premises.

In order to establish the innocent landlord defense, the landlord must prove that: 1, there was no reason to know of the tenant’s intent to engage in illegal use of the premises; and 2, it did not acquiesce in any such criminal use during the lease term.

The lease provisions mentioned above are necessary, but insufficient alone, to establish that a landlord had no reason to know of the tenant’s criminal intentions and did not acquiesce. This is why every landlord should screen all prospective tenants by obtaining a criminal background check as well as a credit check.

These screening reports are relatively inexpensive and easy to obtain. Disclosing, and obtaining consent for, the investigation of the tenant’s credit and criminal history in the lease application will also help avoid wasting time dealing with criminals, because they will not bother applying in most cases.

If a prospective tenant has no adverse criminal or credit history but resists the landlord right to inspect the premises or insists on unusual limitations on that right, then the landlord should be concerned about whether the tenant intends an illegal use. Inspection without prior notice is the best means by which the landlord can establish its innocence and lack of acquiescence in illegal use. Sticking one’s head in the sand and ignoring evidence of illegal use will not work because the courts will deem one to know what they should have known through a reasonably diligent investigation.

Granted, some tenants, such as financial institutions, have special security needs and must place restrictions on landlord inspection rights. But landlords must beware of tenants who demand inspection limitations without any reasonable need to do so, and particularly with respect to tenants who are more likely to engage in crime – such as residential tenants or sole proprietors of small businesses.

Despite partial legalization of marijuana in Oregon and Washington, landlords who allow growing and selling of marijuana on their premises – even for medical use – face a real and serious risk of forfeiture. First, it is virtually impossible for the landlord to verify and assure that the actual marijuana operation will comply with the state law limitations. And second, a conflict exists between state and federal marijuana laws.

Federal attorneys are prosecuting landlord forfeiture cases for use of the premises for marijuana growing and selling because the prosecutors believe the landlords are guilty of acquiescence in the violation of federal drug laws regardless of whether the activity is legal under state law. Letters have been sent out by federal attorneys warning property owners known to have tenants with marijuana operations on their premises to terminate the leases and evict the tenants if they want to avoid forfeiture under federal drug laws.

So, what does one do if a tenant is already in possession of the leased premises, and the landlord suspects there may be criminal activity on the premises? The landlord cannot evict the tenant based merely upon suspicions.

The way to avoid losing the innocent landlord defense in such circumstances is to report those suspicions, and their basis, to law enforcement officials. They likely will welcome the cooperation and assistance of the landlord in determining whether criminal activity is occurring on the premises.

If reasonable cause is determined, then the law enforcement authorities can (and often will) obtain a search warrant and do their own surprise inspection of the premises – commonly known as a drug raid. If the tenant is thus exposed as a scofflaw, then the landlord has the needed evidence to evict the tenant and recover the premises.

Environmental crimes also can cause trouble for landlords. Even if the property is not forfeited, the value can be destroyed by the cleanup liability that comes with the land and will be an obligation of the landlord even though the tenant contaminated the premises.