Landlords should be more careful and use safer methods to collect their outstanding rent from wayward tenants, police warned yesterday. 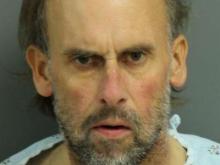 Speaking at the weekly police press briefing at Police Headquarters in Port of Spain, public information officer ASP Joanne Archie said landlords should use the bank to collect rent instead of face-to-face interactions with their tenants.

Archie was responding to questions posed by the media following the death of businesswoman Vidya Persad, 45, who was beaten to death with a hammer by a tenant on Tuesday after she tried to evict him for not paying rent. “I would advise landlords and landladies to use other methods to collect rent from their tenants. Use the service of the bank where money could be deposited because it is safer. They should protect themselves in the event that they are confronted with a disgruntled tenant,” Archie said.

Officers probing Persad’s death said the suspect is still on the run and advised him to surrender to the police. Officers said the suspect’s girlfriend visited the police station yesterday and was given the numbers of three defence attorneys whom the suspect could call before surrendering and was hopeful he would take the advice.
Following the killing, angry neighbours said if the suspect is seen he may be killed by them because they were disgusted by his actions.

Archie added: “There are legal areas that they can utilise as opposed to go personally and arguing with a tenant which can result in violence. They need to protect themselves instead of going that was as we would have seen in that report.” Insp Wayne Lawrence and Cpl Jones of the Homicide Bureau are continuing investigations.